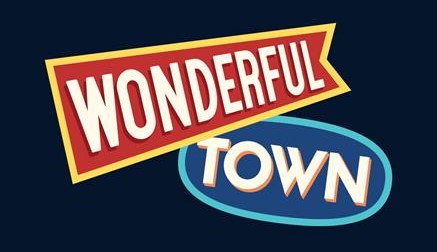 STORY – With a score by Leonard Bernestein, Wonderful Town tells the story of two sisters, Ruth and Eileen, who move from a rural town in Ohio to experience the bright lights, the big city, and the crazy characters of Greenwich Village, New York City. Ruth is an aspiring writer and Eileen is a dancer who wants to pursue a life on stage. One sister can’t find a man no matter what she does, the other can’t keep them away. Together, these two sisters take on the world.
10-11 Women, 12-13 Men

Audtionees should prepare a portion of a Broadway or jazz song (standards preferred) – no longer than 1 minute-  showing acting, comedic chops, and/or vocal range.
Should also be prepared to tell a short joke (this show is a comedy after all).
Be prepared to move in a short dance combo and read from the script